Earlier this week, I read that there's a comet that's visible. It's called C/2020 F3 (NEOWISE), but I'll call it Neowise for short, after the space telescope that found it. 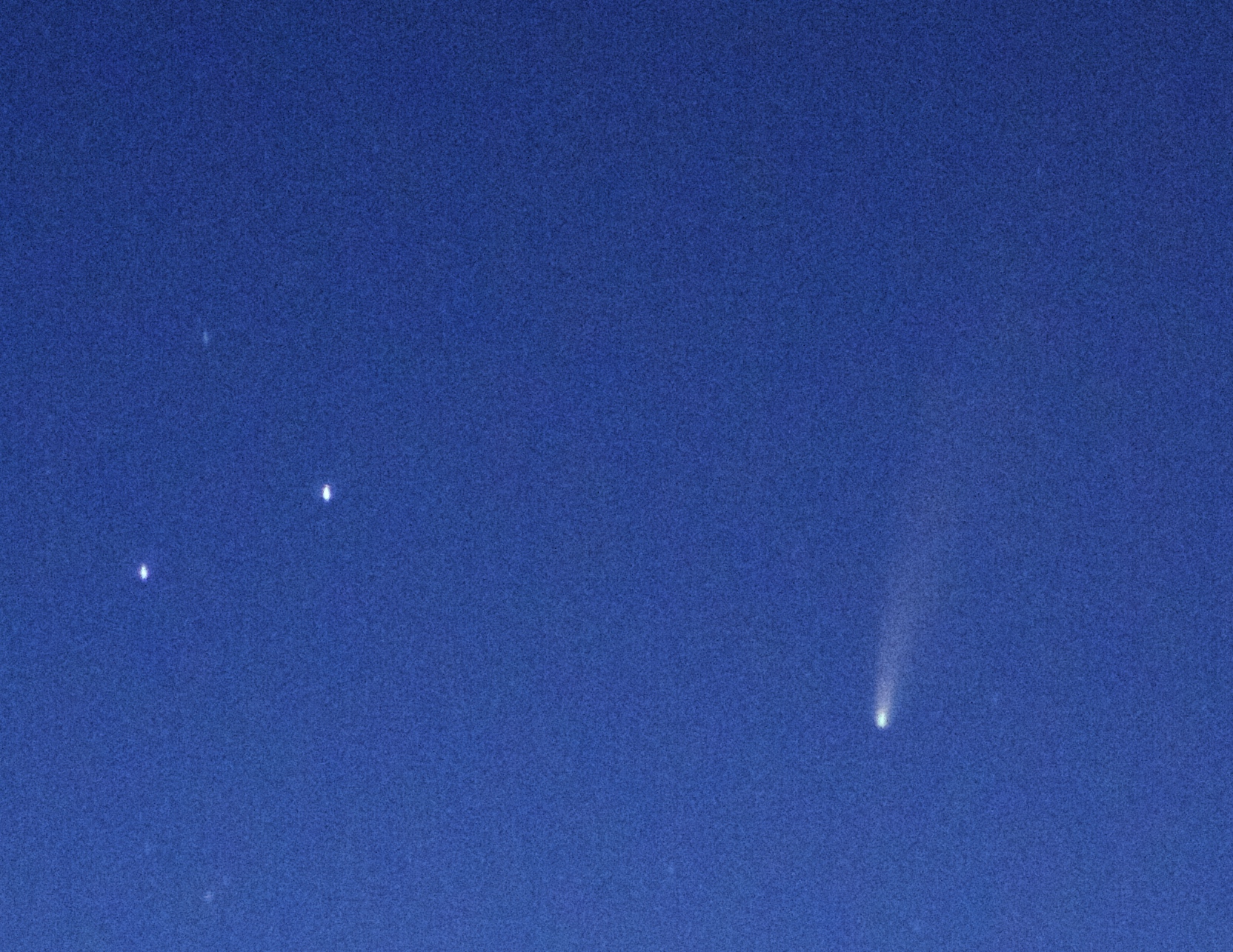 It was reasonably clear again yesterday night, so I tried shooting the comet from my balcony, which worked pretty well despite the two streetlights illuminating the camera: 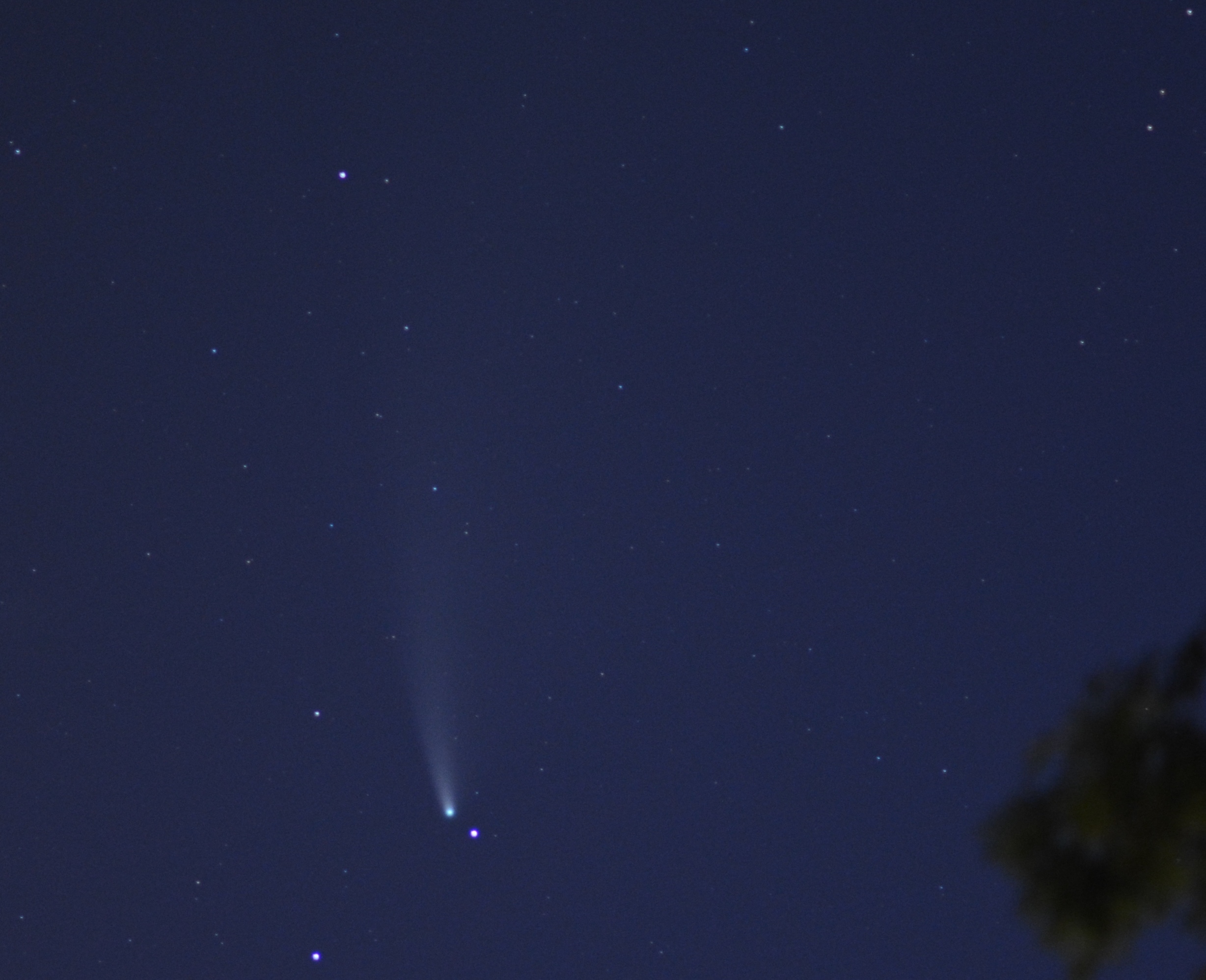 I then went to a dark place just outside the city, and took this shot: 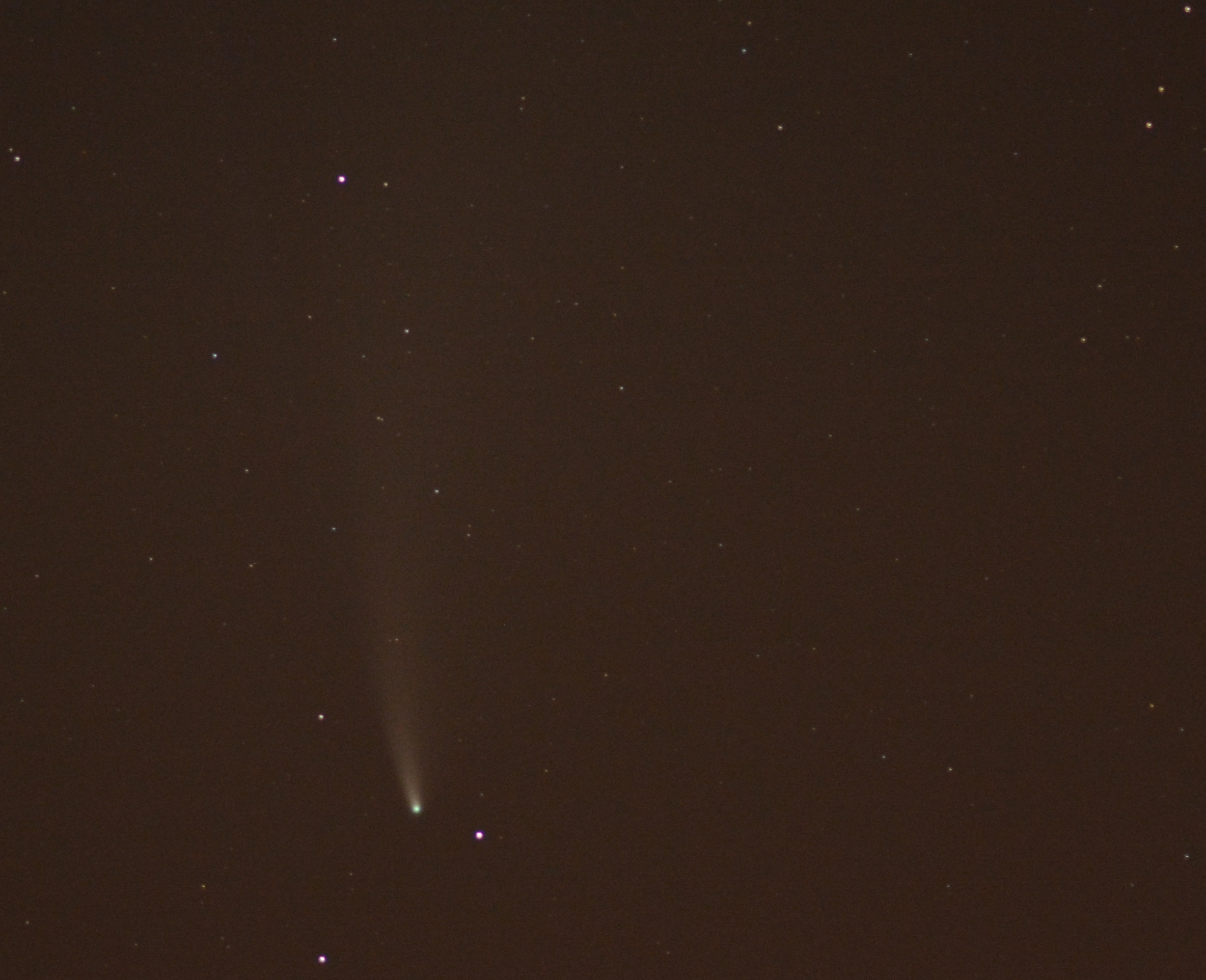 The blue in the first photo is probably due to the auto white balance taking some foreground that I cropped out into account. Soon after I started shooting, mist came rolling in, which may explain that the detail wasn't better in the second shot.

Apart from that, the comet head clearly looks greenish here (click on the second photo to see a larger version), and the comet has moved a surprising distance between the first shot at 0:09 and the second at 1:37.